In August 2017, Missguided began a new journey focusing on defining and creating business values to help the company achieve its vision and future goals. Missguided isn’t your average business though, so instead the company refers to its values as “Vibes.” Through these Vibes, Missguided wanted to highlight and define what makes it different and discover which behaviors it needed to introduce, or enhance, to prepare for future growth. 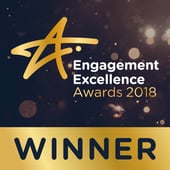 Instead of starting the process in the boardroom with the Executive team, the People team decided this was a task that would start at the heart of the business: With its people. The strategy was to encourage and invite the team to give open and honest feedback, tell the People team exactly what made Missguided special, where the company needed to and try to explain in words the uniqueness of the brand.

This research outlined four very clear themes – love, empowerment, positivity and fun. After the research phase, the next phase was focused on connecting with as many employees as possible to discover why these words were important to them and the business. In order to do this, the team needed some help, which led to the creation of the  “Vibe Tribe.”

The Vibe Tribe consisted of a community of people who wanted to support the Vibes process. These people were to be naturally enthusiastic and had a voice within their teams. The People team was looking for people who were influencers and passionate about the organization – enabling them to reach more people and collate information in their language.

To kick off this new initiative, the Vibe Tribe started hosting “Vibe Weeks,” which centered around taking one of the key areas that had been highlighted through research and spending the week talking to the team about that behavior through interactive activities.

The final week was focused on empowerment. The Vibe Tribe explored dreaming big by asking employees, “what is your biggest dream?” and invited employees to write their dream on a giant board in the company’s Social Space. The team also asked, “what would you like the find at the end of a rainbow?” Which was cleverly attached to rainbow sweets and gave the Vibe Tribe an idea of different thought processes. The Vibe Tribe and People Team spent hours asking people about the behaviors associated with the proposed Vibes, and made sure everyone agreed upon what was right for the people and the business.

The research helped give the team early signals and confirm what should be a Vibe or a behavior. Nearly all of Missguided’s head office contributed in some part of the research and discovery phases. The Vibe Tribe ensured that the retail teams were involved during the discovery phase and the People Team spent time working on the sales floor, speaking to the team and helping customers.