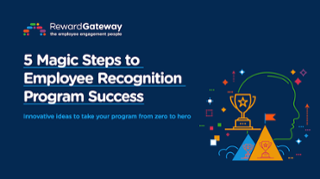 Discover employee recognition best practices and learn how to define your recognition strategy, choose a name and prove the ROI of your program.

Popular beer manufacturer repackages its reward and recognition strategy, resulting in a 50% increase in the number of employees recognized by their peers

When Heineken realised that its reward and recognition program was only reaching and rewarding a small percentage of staff, the company decided to rebrand and repackage it, creating a seamless user journey and adding a diverse range of awards that encourage values-led behaviour.

With only 40 rewards worth about $2,000 AUD available to a workforce of 2,400 via Heineken’s My Recognition program, less than 2% of its total staff was formally recognised each year. This was reflected in its annual engagement survey, in which only 20% of its employees answered positively to the question “I receive recognition when I do a good job.” They requested recognition throughout the year, appreciation for going the extra mile, for recognition to be managed consistently and fairly, and to be able to share and celebrate success across the company.

The team needed to work within their existing budget to create a program that recognised more employees for the same amount of money. Heineken has a diverse population made up of office-based support roles, field-based sales staff and operators in its breweries, so they needed a strategy that offered something for everyone. They also needed to gain consensus and support from a wide range of stakeholders in a large business.

They set out to develop a new modern, flexible and innovative recognition program with the following objectives:

The team collected feedback from their engagement survey, as well as obtained insight from Heineken’s People Cabinet, a group of senior leaders across the business. The new reward and recognition strategy began to take shape, featuring multiple levels of awards to recognise different levels of achievement and a variety of award “experiences.” It would also link recognition to Heineken’s values to drive the right behaviours and bring it all together to create a seamless journey via single sign-on. The team settled on a budget of about $65 per person, prorated by function, supporting the team’s aim of managing regular and meaningful recognition fairly and consistently.

The reward and recognition program was named “BREWards,” and imaginative, Heineken-relevant titles were present throughout the different rewards offered, including Cheers! instant awards of $100 AUD and Inspiring People Awards, known as IPAs. In addition to monetary rewards ranging from $150-$1500 AUD, IPAs can also reward staff with a day off work or a dinner at one of Heineken’s breweries. The team chose non monetary awards such as these, plus the non-financial eCards on the platform to help employees’ recognition go further.

The team developed guidelines, how-to videos and training materials to support all three groups of platform users: employees, People Managers and Recognition Champions (ambassadors). This included examples of recognition awards at all levels to help achieve objectives of fairness and consistency.

In order to reach Heineken’s diverse workforce, the team worked on launch communications via various mediums, including an email to staff, daily posts on social media, posters and standees, computer screensavers and television plasma screens, text messages, and also within monthly business updates.

In the first five months following the launch of BREWards, 1,050 eCards and 246 Cheers! $150 AUD instant awards were issued. There were also 129 IPA nominations, with 14 IPA awards issued, totalling 1,310 recognition awards (approximately 54% of Heineken’s workforce). And as for the number of employees receiving peer recognition? That increased by more than 50%.

The introduction of BREWards has delivered against all of the recognition objectives that the team set on the back of staff feedback. eCards, Cheers! instant awards and IPAs are issued every month, making recognition timely and allowing a fair chance for all employees to receive recognition. Local ownership of recognition with central guidance enables fairness and consistency, and a social recognition wall provides staff with a space to see who has been recognised across the business.

of workforce received awards within five months of program launch