Have you ever been put on hold, unable to get through to the human on the other side? Instead, you were directed to an automated attendant and became frustrated in the process. While the attendant was focused on performance, it lacked the human element you were looking for.

The same is true for the workplace – and specifically your company’s managers and leaders. It’s arguable that your managers need to have a combination of both performance and humanity in their approach. For instance, while you might get a really friendly attendant on the line who wants to chat with you about what you had for lunch, but if at the end of the day she doesn’t rebook your flight in time for you to make your family reunion, you’re not going to feel like she really helped.

That’s the balance you need to strike between performance- and humanity-based, and it’s the same thing in management. Let’s walk through some of the main differences below:

Just before I started working in employee engagement, I met up with a friend for a post-work drink. I was surprised when she immediately started to tell me how unhappy she was at work; I knew how much she loved her job and she’d been with her company for nearly 10 years. But… she had a new boss.

In the four months her new manager had been with the company, he’d blamed her for mistakes that happened in other departments, accused her of faking an illness, and had moved several of her accounts to a new team.

All of this, and he’d never once had a 1:1 meeting with her, asked about her experience with the organization, and knew nothing about her life outside of work.

Right before she and I met to catch up, she had come from a meeting where her boss had told her team, “it’s not my job to have your back.” That statement has stuck with me through my years in doing this work as something a manager should never say. I’m reminded of it every time I come across a manager like the one my friend worked for (yes, she’s since left...and so has he). This boss is what I would consider to be a tunnel-vision performance manager… 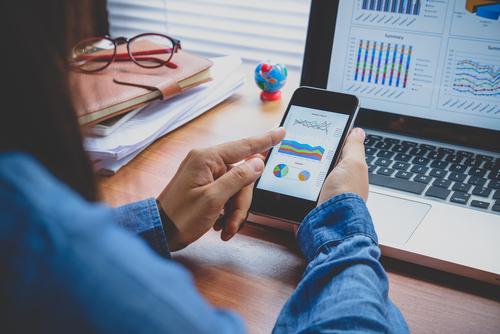 Let’s break this down even further. Leaders who are performance-driven are clear on the metrics and goals they are striving to achieve and focused on getting there. While these traits are crucial – tunnel vision on performance means humanity can fall to the wayside. They may lack the connection and relationship with their team that fosters trust and ensures their team feels supported, respected and appreciated for the work they do.

These leaders tend to be great at holding their teams accountable, but can lack awareness of the compassion and support they need to demonstrate to balance the focus on goals and performance. These humanitarian “soft skills” may not come naturally to them or just may not be a high enough priority.

At the start of our partnership, a new client shared with me some challenges they were having with an employee who had recently been promoted to a management position.

Anne was well-liked, pleasant to work with, and great at her job. Yet, her team was underperforming and seemed disconnected.

The leadership team could not understand what was going wrong. They thought that putting her in a leadership position would mean that she’d essentially replicate all of the great work she did in her previous job but instead, she was losing trust with the team and struggling to hold people accountable to the same standards and expectations.

Although Anne was a high performer in her previous role, she was not naturally equipped to lead a team so she continued to behave as if she were still one of their peers. She tried to solve problems on her own instead of helping them take accountability and create solutions on their own.

In turn, employees felt like she didn’t trust them to do their jobs and some took advantage of the relationship they had with her before she was promoted. While Anne was committed to supporting her team, she wasn’t giving them the autonomy or direction they needed to be successful. She relied on her inherent humanistic approach to lead her team but lacked the coaching to balance her natural leadership style with performance-based actions.

And to break this down even further, leaders who fall more on the humanity side of the scale are great to work for – they protect their people, care about their lives in and outside of work and serve as a valued partner in overcoming obstacles.

Sometimes, though, these leaders struggle to hold people accountable, have necessary conversations or make difficult decisions.

They may have an inherent need to be liked, but being liked and being respected are two different things and being liked will only get them so far. Trust can erode, and resentment can build, if employees feel they are picking up the slack for others or if teammates are getting away with behaviors that should not be permitted.

To recap, here's a snapshot of the main differences between performance-based leaders and humanity-based leaders:

So when should you “follow the leader” into a new promotion?

Before you hire your next manager, consider where they’ll land on the leadership scale. Rarely are new leaders instinctively capable of balancing a performance focus with the human side of work – yet, this is not always addressed at the time they are hired or promoted.

Many organizations lack the tools to help new leaders adjust their style to support these two crucial areas, but the combination can be so powerful! Imagine if everyone worked for a manager who held their team accountable to the same expectations but also fostered the environment where they could feel respected, supported, and appreciated for their efforts. Unfortunately, this balance does not come naturally. Instead, leaders tend to fall on one end of the spectrum or the other.

(Image from Gregg Lederman, President of Employee Engagement at Reward Gateway's, book "Crave: You Can Enhance Employee Motivation in 10 Minutes by Friday)

How to create more balance among leadership teams

Leaning one way or the other, as we’ve seen, can lead to poor-performing teams, disliked management and lack of engagement. Performance-focused leaders can benefit from a better understanding of the value of regular one-on-ones, open and honest communication and consistent, strategic recognition for teams as strategies to drive results.

And for those on the humanity end, setting clear expectations, having regular conversations about performance and learning how to facilitate difficult conversations can help increase their effectiveness at holding people accountable to goals or objectives while still being supportive and compassionate.

Leaders who find the balance between performance and humanity are even closer to improving employee engagement at their organization, leading the right team to the success.

When someone has earned the right to lead people, they (and those they oversee) deserve the developmental support to successfully create the environment by becoming trusted, effective leaders.

Discover our very own culture book

Download our Culture Book eBook to discover how we live our values every day, create a culture of open and honest communication and strive to balance performance and humanity.