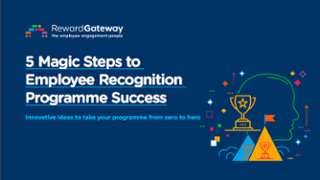 Discover how to define your employee recognition strategy, make key recognition design decisions and shine a light on your programme to increase engagement.

Watford Community Housing Trust’s employee recognition strategy needed a shake-up. Employees were unclear about what they needed to do to receive recognition, and a lack of transparency was an issue across various areas of the business. The team undertook an overhaul of the recognition offering, making it clearer and more coherent, and aiming to promote and increase open and honest communication along the way.

When a staff survey revealed a lack of understanding about the reward and recognition options available to employees at Watford Community Housing, it became clear to the team that the employee recognition strategy at the organisation needed to undergo a transformation to become more transparent and cohesive.

Though performance-related pay (PRP) was paid to eligible employees, they had been under the impression that they would be paid PRP of “up to 10%,” whereas in reality, this percentage had only ever been paid once in eight years. Employees were unaware of what they had to do to receive a higher award, and even then they didn’t know what the award amounted to until it was paid as part of their salary.

Secrecy and a lack of transparency were big problems within the organisation – employees weren’t even told the results of their annual appraisal. They did have staff awards, but it was a rather scattergun approach with no framework, and employees didn't know how to nominate anyone and felt the awards were meaningless. Long service wasn't acknowledged within the organisation at all, which was negatively mentioned in every staff survey.

The team decided to increase manager capability to ensure performance was being monitored within the organisation – this would help deliver transparency, as they could have confidence and trust in the information recorded. They also put plans in place to ensure that staff were clear on how and why awards were given, undertaking a review of how PRP was awarded. For the first time, employees were made aware of the percentage available dependant on both their and the organisation's performance.

Next, the team launched a series of new recognition initiatives. The Wheel of Fortune would give employees who had achieved performance objectives in the past six weeks the opportunity to be entered into a draw to win a spin of the wheel and a prize. eCards would allow employees to thank their colleagues for displaying one of the organisation’s positive “staff behaviours,” including acting with integrity, being customer focussed, innovation and working together.

The team introduced directors’ awards, whereby directors at these organisations are given a pot of money to delegate to employees who they feel have gone above and beyond expectations, have shown integrity, have worked together effectively or have demonstrated innovation. Employees are also able to nominate their colleagues for awards through the engagement platform.

The team has seen increased participation in the online engagement platform, which means that employees are having more open conversations about their work and opening up the doors for improved organisational performance. There has been a 5.4% increase in employees completing a one-to-one with their manager.

The team has also delivered clarity on the payment of PRP, communicating to all employees what they need to achieve in order to be recognised in this way.