Make the world a better place to work: Start with diversifying recruitment 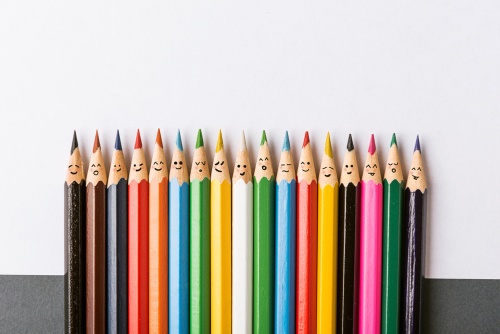 Although we’re proud of our diversity and inclusivity initiatives at Reward Gateway, it’s important to find more ways to bring the working world to as many people as possible. It is our mission to make the world a better place to work after all, and for some people, that means getting into work in the first place!

Part of this involved our UK team partnering with Change100 – a project run by a charity called Leonard Cheshire. They match some of the UK’s top employers with talented students and graduates with disabilities to offer three months of paid work experience. Their mission is to broaden the public’s understanding of what disability is, as well as highlight that many students with disabilities are talented, ambitious and would thrive in all business sectors.

If the employment rate for disabled people matched that of the rest of the UK, an extra two million people would be working.

Earlier this year, Lucy Thomas joined us as an intern from the Change100 program to work across our Sales and Marketing Teams – competing with over 800 other applicants for various job roles at companies across the UK. During those three months, Lucy experienced elements of PR, copywriting, researching sales leads, and getting to grips with the technological behemoth of SalesForce – a skill Lucy’s particularly pleased to be able to put on her resume!

You can learn more about Change100 and Lucy’s three months at Reward Gateway by watching the video below:

We’ll be working with Change100 again next summer and now, we’re about to hire our first apprentice using the UK apprenticeship levy – which involves companies paying into a pot for eligible individuals to receive free apprenticeship training. We also advertise on job boards which are diversity and inclusivity driven – such as vercida.com and workingmums.co.uk – and we’re part of the Ban the Box campaign.

Ban the Box was launched in 2004 by Business in the Community to give candidates with a criminal record a fairer chance in the job market. It encourages employers to remove the tick-box question from job application forms and ask questions about criminal records at a later stage. The campaign hopes to steer the conversation about ex-offenders in the workplace in a more “human” direction.

These are small steps which we encourage all employers to take and we’ll certainly be looking for more ways to drive positive diversity and inclusion recruitment initiatives at Reward Gateway. 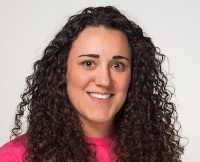 Gemma Matthews is the Head of Talent Acquisition at Reward Gateway. When she's not adding to the RG family across our numerous offices, you can find her playing with her French bulldog, Denzel. 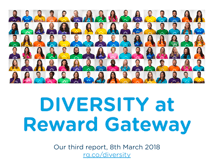 Looking to diversify your recruitment process?

Discover Reward Gateway's very own 2018 Diversity Report, where you'll learn about how we're committed to being a diverse and inclusive workplace with recruitment.