Download our eBook for a step-by-step guide to help you launch your employee rewards program.

Back
Employee Reward and Recognition

Six tips to get your employee reward program name right

Choosing a name isn’t easy. Whether it’s for your new puppy, a bundle of joy or your employee reward program, a name determines a first impression - and often a lasting memory.

When it comes to your reward program, the name will determine how your employees feel about it even before they know what it is.

Sound important? Well, it is! To make sure your name has a lasting (and positive) impression, here’s what to keep in mind before choosing one:

When naming your reward program the first question you should ask yourself is does the name relate back to the program, and will it have meaning? Will employees be able to easily relate it back to what it is, understand what it means and what to do with it? For example, a common name which I’ve used twice over my career for a recognition program is ‘Star.’ What makes it great is that it creates an immediate feeling of someone special standing in the limelight winning awards, which is perfect for a recognition program. Here's an example:

The name of the new perks program we just launched at Reward Gateway is called Wellbeing Choice. We named it this because we wanted our employees to easily and immediately understand that this perk was about giving them a choice regarding their personal wellbeing. Had we called it Wellbeing Allowance, which we did consider as employees do receive an annual allowance, it wouldn’t create the same meaning, feeling and relevance.

Make it stand out It’s important to make your reward program name stand out. Why? Because you want it to be noticed. We are bombarded with so much information it’s absolutely critical to find a way to make your program stand out, and what better way than through the name? If you can capture your employee’s attention from the name, your employees will be pulled into your program, wanting to find out more. It also has the benefit of creating something called "stickiness," which is when your employees will be drawn back to it over and over again.

We kept these principles in mind when we named our online communications portal at Reward Gateway, which we call boom!. It has meaning (creating noise through communication) and stands out as it is a bit fun and quirky. Careful attention was paid to make it lowercase with some punctuation, which also makes updates stand out a bit more in a flooded email inbox. Another example is the betting and gambling company Ladbroke’s recognition program, which they named FanClub. Make it easy to say, hear and remember

Keep in mind that whatever name you pick, you and your employees are going to have to say it over and over again daily, weekly, annually. So, if you make it too difficult, complex or even puzzling to say, this could be a problem. Try out how it sounds to yourself and to a test audience. Can it be easily pronounced? Easily understood? Especially when you work with global audiences, make sure you do this test before you commit to a name.

An example of this is Connect, which was created for a transportation company’s communications portal using Reward Gateway’s SmartHub platform. I like this because it has meaning back to the business and the program, and is definitely easy to say and remember. Another is FAB (standing for Features, Advantages and Benefits), which was also for a communications platform, and is a great example of using an acronym which has meaning, and again is easy to say and remember.

Another tip is to create a name which reflects your company brand, values and culture. We do this when designing reward programs, and it’s just as critical when selecting the program name. You can do this in a few different ways. One way is by using a name which goes along with the type of business you are in, creating brand alignment and recognition. Examples of this are Benefits on Tap, which was the name selected by a water company for their perks program or Rewards Route, which was the name selected by a transportation company for their rewards program. They both use a bit of a play on words, which can be both fun and effective.

The other common way to do this is by directly using your company name, creating an instant and recognizable connection to your company. An example is by using My(insert Company Name)(insert Program Name), i.e. MyRGRewards, as the program name. It might not be the most creative, but often it can be the most effective. Think beyond the “now”

The next point to keep in mind when selecting a name for your reward program is to select one which can ‘stand the test of time’ as the expression goes. For example The Hamper, which is the name of a food company’s online discount platform, not only related back to the perks program and had lovely connotations, but it also gave us so much room to grow with the look and feel of the site and communications. It also sparked great launch events such as picnics, hamper giveaways, etc. This was a name that could be used in many ways over many years.

Another example is from another one of our clients, Spotlight, who are a casting company. The name for their online discount platform is the Green Room, which was not only relevant to their actor-based clientele, but had great connotations (the exclusive area where actors hangout backstage). The name lent itself to all sorts of film and TV themed communications with clever movie line based headings as well.

So map out your entire communications campaign, both short and long term, and consider the shelf life of the names you are considering. If you believe that the name will only have a short term impact, then consider something which gives you room to grow. This is critical as you don’t want to have to change names throughout the life of the program, as it confuses and/or frustrates your employees.

As I said in the previous tip, your program name is going to be around for awhile, so you need to take the time to come up with the best name possible. Don’t rush it, thinking of it an important step in your program development process. Get opinions and advice from others, and come up with a variety of possibilities before selecting your final name. Keep in mind that this is a creative process, so bring in people in your company who are creative such as those in the marketing or communications team.

Naming your program is a powerful decision that shouldn’t be taken lightly. Getting the name right will mean your program will grab the attention and actions the program needs and deserves. But get it wrong, and it will be ignored or forgotten. These tips will help you get it right, and find that perfect and engaging name. 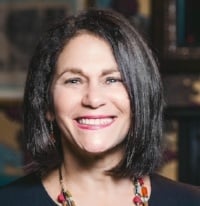 Chris Bechet is an Employee Engagement Specialist here at Reward Gateway. When not working with HR Change-makers to inspire workforces and increase cultural engagement, you can find him biking around Boston, grooming his horse for another day of fancy dancing, or climbing another mountain in the White Mountain Range.

How your employee engagement platform can solve 5 top HR challenges

5 steps to create a culture of continuous recognition

How to build a reward and recognition program to increase productivity