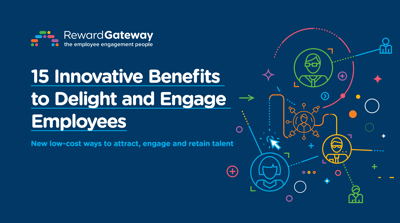 Logistics company DHL has a mantra of working “As One” to create a workplace where their employees feel emotionally committed to making results flourish. They have over 4,100 employees working across the UK from 34 separate locations.

At the core of their company values, DHL has a mantra of working “As One” to create a workplace where their employees feel emotionally committed to making results flourish. In the past, DHL hosted a “EuroCup” competition which brings employees from across the globe together to take part in a long-weekend of cheerleading and football tournaments. Due to popular demand, DHL’s HR team has brought back the EuroCup to emphasise the “As One” spirit and it is now one of the company’s most sought after benefits.

DHL’s goal for the EuroCup goes beyond sports. Through competitive spirit and four fully-expensed days in Centre Parcs Belgium, it gives their people the opportunity to meet others who work for the same set of values and would otherwise never cross paths. And when the day's sports activities ended, the evenings offered further networking through plenty of entertainment and dancing.

Whilst this is a prestigious benefit to offer their people, the team were conscious that they had two main challenges with it. The first was ensuring that all employees, including those who work offline, were aware and could get the chance to win EuroCup tickets or be part of a competing team. The second was making sure the excitement felt by those attending the weekend was felt across the rest of the business.

To promote the EuroCup, DHL’s team used a multi-channel approach which included weekly manager updates, TVs in each location, emails, a dedicated EuroCup website, magazine articles placed in break areas, Instagram, a closed Facebook group and an app built for attendees. The team decided to use an app from feedback from the previous year's competition. It allowed those attending to know exactly who is playing who and what the score is across 10 pitches hosting 55 teams from 40 European countries. Next year, the team plan to make the app available to DHL staff who are not at the event so that they can be kept up to date and generate a buzz “back home.”

Planning the EuroCup is no easy task and DHL approach it in line with how they work as a business globally. The team coordinated the event across all countries with each one nominating a coach to take the lead on planning activities. Monthly team calls were held across the globe to make sure everyone was on track which further brings the international teams and skills together.

DHL used social media to create excitement by streaming draws and the finals on Facebook, updating on how teams were preparing for games, and showcasing squad photos. This brought the games to life and increased the enthusiasm of those not attending by creating a sense of pride towards their colleagues who were competing on their behalf, which was particularly popular with millennial employees. To further include those not able to go, three weeks after the EuroCup all employees were offered the opportunity to take their family to one of seven theme parks across the U.K.

The results from the EuroCup saw the cheerleading awards go to the Finance team from Maastricht in the “Basic” category and the Czech Republic in the “Advanced” category. The champions of the football tournament were France and, unfortunately, the team from the U.K. lost out in the semi-finals. DHL’s team saw a huge impact once the EuroCup was over, with employees returning to work happy and motivated – drivers which are echoed throughout the company. The team also received large amounts of positive feedback both personally and via email.

DHL’s team also saw the EuroCup contribute to the results of their yearly Employee Opinion Survey. Results have increased positively year on year and 90% of employees are engaged according to the latest survey. On top of this, the participation rate for the whole company is an impressive 93%.

To date, DHL has received three 2017 Top Employer accreditations for the U.K., Europe and Globally, whilst also being certified as being one of the best places to work worldwide for the third consecutive year. Adding to this, DHL are also one of only 10 companies to receive the prestigious Top Employer Global certification.

How can we help you improve employee engagement?