Imagine receiving a gift for a job well done. Pretty nice, isn’t it? But now, you learn that the reward you've received is the exact same item for every person who receives an award. So Jane in the Sales Department gets the same thing as Jon on your People Team, and as Jenna in your Support Team. 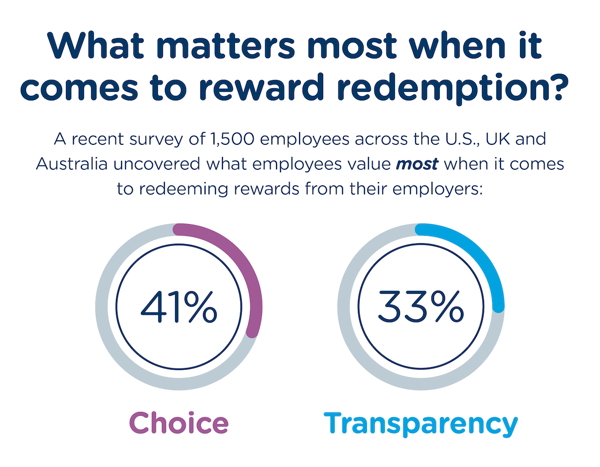 And so we’ve realised that there is a missing ‘r’ in the state of Reward and Recognition, and that is ‘Redemption.’ The new employee rewards redemption experience needs to anchor itself in choice and transparency, while also creating opportunities for personalisation. We know that the best employee rewards experience is immediate and timely so great work can be recognised and rewarded on the spot, when it happens, so employees feel that appreciation right away.

We built a marketplace that has hundreds of eCards, exclusive company awards – lunch with the CEO or extra holiday, for example, the ability to donate rewards to charity, and a direct integration with Amazon’s catalogue and Prime shipping options.

You can see how ‘choice’ is something that is really resonating with employees, and our new Marketplace brings employees the ultimate choice in how they redeem their rewards, through experience, travel, fashion and much, much more.

For full transparency, we needed to eliminate the middleperson, so employees could see the full value of their reward matches that of what they would see in the ‘real world,’ with no markups or hidden fees to your people (or to your business!).

9+ resources to support your cost of living crisis strategy 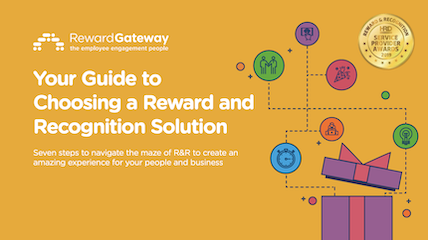