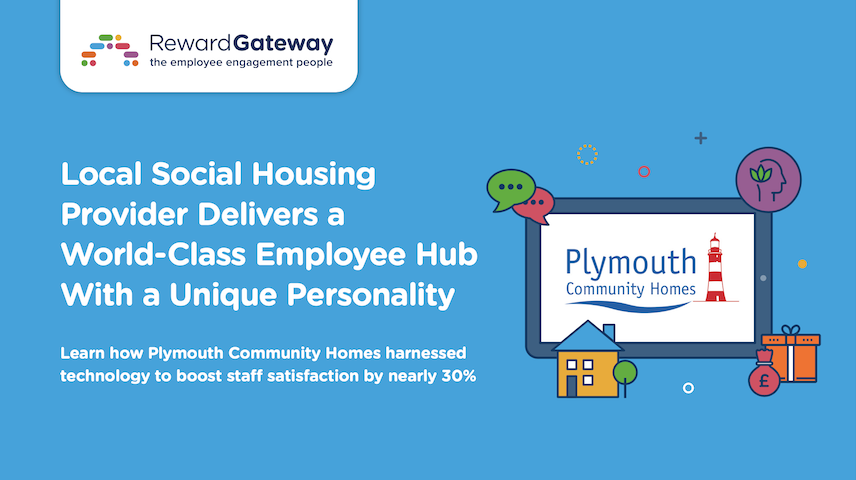 Plymouth Community Homes (PCH) is one the leading social housing landlords in southwest England, with a portfolio of 16,000 properties which provides homes to over 35,000 people across Plymouth and the surrounding areas. Having previously struggled to unite and engage its wide-ranging workforce of mobile and community-based workers, PCH had big ambitions to become an employer of choice by revamping its approach to reward, recognition and internal communications.

In 2019, Plymouth Community Homes found itself going through an intense period of change due to budget cuts from the national government and the founding CEO’s decision to retire. The impact on staff was brought to light following a company-wide staff satisfaction survey which revealed roughly half of PCH’s workforce felt disconnected from the organisation and unclear on its objectives. 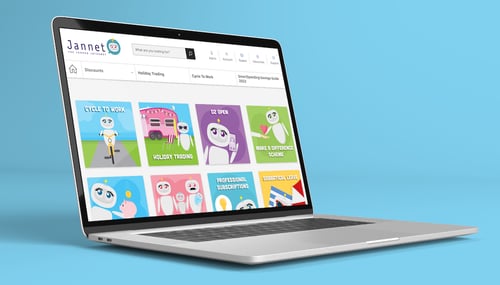 Perhaps most worrying of all was that just 38% of employees said they felt their work was consistently recognised. Further focus groups with staff underlined that PCH’s benefits package had failed to keep pace with industry standards, and that there was no two-way communication through which staff could make their voices heard. Many staff were also having issues accessing the company’s main intranet site, direct messages and team communications.

That led Plymouth Community Homes to start developing a new approach, one that would reflect its core ethos as a brand and bring the company up to speed with today’s standards in employee engagement and recognition.

“The feedback we got from our people, particularly those working in the community or without a computer, made us realise exactly where we were going wrong. Staff couldn’t access our intranet site from their devices, they weren’t engaging with our benefits and they were completely baffled by some of our previous tools. Reward Gateway was the obvious solution for us because it simplified all of this and solved so many of our challenges within a single platform.”

Working closely with Angie and her team, Reward Gateway got to work on building a platform that would sit at the heart of PCH’s communications strategy and connect employees across all departments within the business. 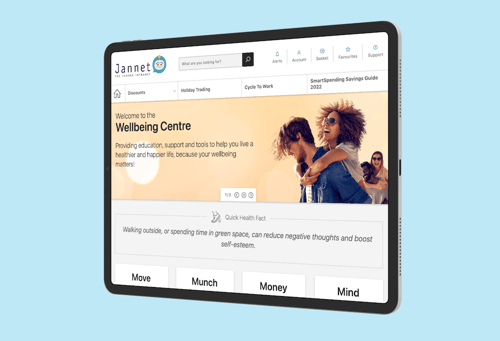 This wasn’t just about sharing operational and practical updates, but also supporting people with useful, personalised content and promoting open channels of communication between senior leaders, line managers and staff. The new ‘Jannet’ hub enables managers and employees to share blogs, vlogs and updates which discuss different ideas and encourage two-way dialogue among their teams. An interactive Wellbeing Centre was earmarked as a priority so that all staff had access to a host of resources that support their physical and mental health.

PCH knew that branding the platform in the right way would be crucial to secure buy-in and engagement from their entire workforce, so it tapped into its roots within the local community to come up with the name ‘Jannet’ – a play on ‘Janner,’ the regional nickname for people from Plymouth.

The last thing PCH needed was another stale, corporate intranet site, which is why the team decided to take things in a different direction by developing a proper personality and backstory to make the platform feel more relatable.

“Our ability to customise the hub is a big reason why it has become a central part of our day-to-day culture. It’s been amazing to read some of the lovely feedback and stories that people have shared, especially throughout the pandemic. Our people are actually using Jannet to help them cope and get by during really challenging times. As an employer, that’s something we could have only dreamed of beforehand!” says Angie Scott.

PCH wanted to solve the challenge of reward and recognition by integrating a seamless eCard system that made it simple for both managers and colleagues to recognise great work. Employees were also calling for a stronger benefits and discounts offering, which is why PCH decided to introduce SmartSpending™ and Holiday Trading into their benefits offering to meet the demands of a broad demographic.

“We’ve also seen really strong engagement with our new recognition system and nearly 2,000 eCards sent within our first year alone. Initially it was our managers that led the charge, but now we’re seeing just as much peer-to-peer recognition between teams and departments. Each eCard links with our organisational values and ‘Jannerisms,’ so it’s great to see those values getting ingrained in our day-to-day working lives.”

Having already gathered the results from the company-wide satisfaction survey in 2019, it’s remarkable to see the difference in employee opinions just 18 months after the Jannet platform launched. But that’s not all. The fact that 68% of staff either sent or received an eCard last year feels like a giant leap forward given that PCH highlighted employee recognition and reward as one of their biggest problem areas.

As for employee benefits, the SmartSpending™ app has been a real success for PCH with over £134k spent by employees in just one year. Holiday Trading has also seen strong uptake across various areas of the organisation, and over £123k spent.

Angie adds, “The journey with Reward Gateway has been nothing short of incredible. When we first teamed up in 2019, there was no way we could have predicted the scale of success we’ve seen with the platform, or how it would play such an important role in our efforts around employee engagement and communications.”

Want to learn more about how the Reward Gateway solution can help your business?