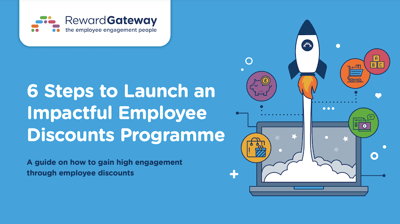 As is the case with most public sector organisations, HCC employees had experienced pay freezes over the previous three years, with only a 1% pay rise issued most recently in 2016. Over the past four years, the Council has had to make significant cost savings including, for example, removing the London weighting and reductions in weekend allowances, long-term sickness pay and introducing a ‘no pay for first two days of sickness’ policy.

Over the years in 2010-2012, the overall satisfaction with their benefits package decreased by 15%. To seek to overcome these issues, the HCC’s Strategy, Policy, and Reward Team sought to map out a valued reward package. The creative strategy included developing and communicating a total reward package with the ‘Herts Rewards’ brand.

Being a political organisation also adds its own dynamic to how HCC had to develop a creative communication strategy that was suitable for all, as their workforce is extremely diverse and widespread around the county. In addition, with financial budgets in place, HCC wanted to ensure that any offering was low on administration time and cost – whilst being effective at the same time.

HCC identified that Reward Gateway’s SmartHub® platform would give them exactly that. In order to develop the most creative and effective communication strategy to increase employee engagement with the new platform, they planned for the upcoming year around the main features of their offering – including launches of a salary sacrifice scheme, seasonal promotions and wellbeing promotions.

HCC published weekly articles to employees, sent out personally designed flyers, provided employee case studies in their monthly departmental newsletters, and even put up ‘Loo News’ posters in the toilets to advertise the offering. The Herts Rewards Network on their internal social media network was utilised too and was the best promotion tool from all their communications as it hit the most demographics.

A SmartHub® competition was launched where any employee who registered on the platform between September and December had the chance to win a voucher to spend at one of the retailers on the discounts side of the platform. HCC then strategically put together another case study around one of the prize winners.